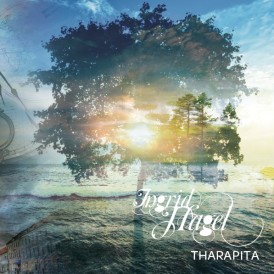 Jason Hunter is a Trumpeter, Arranger, and Composer originally from Los Angeles California. After studding music at both Fullerton College and Berklee College of Music with jazz greats such as, Mark Whitfield, Ralph Peterson and Tiger Okoshi, Jason has been performing with various projects as a side man and band leader all over the world. Hunter’s efforts as an arranger and player has assisted jazz and soul vocalist Sofia Rubina in winning Estonia’s 2015 Jazz Album of the year Award. Jason is currently residing in Estonia and is set to release new music in the upcoming months. Hunter’s style of blending his west coast jazz roots with modern jazz creativity can certainty be considered good music for the mind, body, and soul.

1. January/Südakuu. Cold and freezing winter night, the northern lights are showing. The time for winter fun begins when the sun is finally rising. Only then will we have the time of our life – having snow fights, building snow men and sledging down the hills.

2. Cannot be silent/Ei saa mitte vaiki olla. Cannot be silent for it would be wrong. Singing softly with my kannel from my heart full of love. But if my song gets strong with desire then it’s all your fault my beloved one.

3. All for my darling/Kôik kallile. A young girl in love picks flowers to plait a wreath for her loved one. She sings of happiness and desire, devoting it all to him.

4. Under the birch tree suddenly/Kase varjul kogemata. In the shade of a birch tree suddenly I found you. I fell in love with your eyes so blue, saw only beauty around you. But happiness is now long gone, along with warming spring. My heart is cold from walking alone in the chilly fall.

6. Our lives/Meie elu. When I was still young then I knew only what I saw with my own eyes, singing cheerfully. In fact, our life is brief like that of a bird in the tree. Joy and sadness intertwined we live our lives and never can we know for sure if we meet our loved ones again.

8. Here we go, sweet brothers/Üles, üles hellad vennad. Dear brothers, let’s go to Sõõrumägi to celebrate. Together we will eat and drink, sing and dance and maybe even fall in love.

Ingrid’s new album Tharapita get’s it’s name after a superior god of Vironian tribes in northern Estonia, first mentioned in Chronicle of Livonia on 13th century. There is no better term in the Estonian culture that can evoke the unity between man and nature. “When I started composing music for the album,” says Ingrid, “ the challenge was to recreate the sensations, colours and landscapes of my childhood’s country house and its surroundings. In contrast to the emotional vortex and the busy citylife of Copenhagen, the music is a journey back to all these memories, now coming life again through the eyes of an adult.”  For the project Ingrid has chosen pianist Makiko Hirabayashi, percussionist and drummer Marilyn Mazur and bassist Klavs Hovman to create the vivid pictures and bring the sounds alive through their dynamic performance. 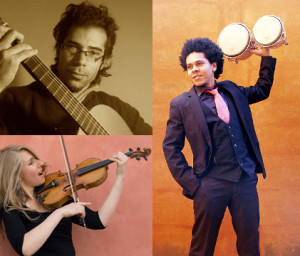 Trio Colonoal is playing a selection of works from renowed Cuban classical composers, from 19th century, when Cuba was Spanish Colony. 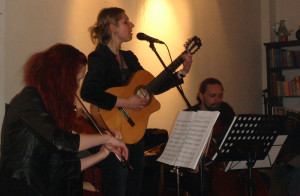